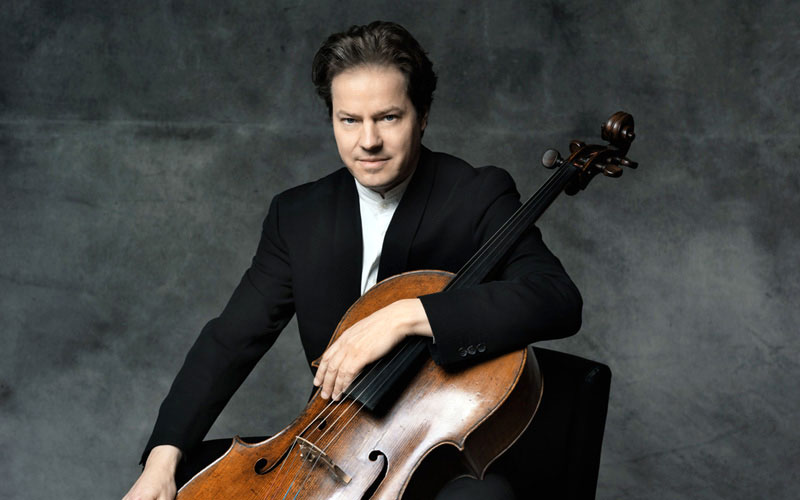 In cooperation with the German Embassy in Belgrade, ArtLink launched its new concert cycle with a pronounced European character – The ArtLink European Music Cycle – with a concert by the renowned German cellist Jan Vogler. This concert, held at the Kolarac Endowment Great Hall filled to almost the last seat, was the first and so far the only event in Belgrade marking the beginning of Serbia’s Membership Negotiations with the European Union, opened on January 21 in Brussels.

The ArtLink European Music Cycle fulfils the goal of presenting the cultural aspects of European values to a wider audience through performances by some of the best European musicians and through their close performing cooperation with their Serbian counterparts. True to ArtLink’s founding aims, the Cycle also includes a strong educational aspect, with a series of masterclasses for young Serbian musicians to be held by the prominent visiting artists from EU countries.

As a result of ArtLink’s cooperation with the German Embassy to Serbia, the audience of the Kolarac Endowment had the opportunity to listen to the exceptional German cellist, Jan Vogler at the very opening of the ArtLink European Music Cycle. A prolific and multi-award-winning recording artist, Vogler records exclusively for SONY Classical. Recognized for his “playing of articulate brilliance” (Cleveland Plain Dealer) Jan Vogler’s distinguished career has featured him with renowned conductors Valery Gergiev, Lorin Maazel, Fabio Luisi, David Robertson and Manfred Honeck and internationally acclaimed orchestras such as the New York Philharmonic, the Chicago, Boston, Pittsburgh, Montreal and Cincinnati Symphony Orchestras, the Mariinsky Theatre Orchestra, the Dresden Staatskapelle, the Bavarian Radio Orchestra, the Stuttgart Radio Orchestra and the Vienna Symphony. A passionate recitalist and chamber musician, he performs regularly with pianists Hélène Grimaud and Martin Stadtfeld, and with violinist Mira Wang.

Fogler has also received the European Cultural Prize for his contribution to the cultural community of Germany. His recordings have won the Echo Klassik Award, the Pizzicato Supersonic Award (2011, 2008, 2006, 2013), Le Diapason d’Or, and the “Choc” de la Monde de la Musique.

Performing with Jan Folger, the Kolarac audience had the opportunity to listen to Belgrade born pianist Mirjana Rajić who has been developing her career in Germany and playing with excellent musicians such as Jan Volger, Pavel Berman, David Geringas and others. The evening’s program included the works by Bach, Beethoven and Schumann, from whose opus the artists performed the Andante and Variations op. 46 in its version for 2 Pianos, 2 Cellos, Horn, WoO 10. In addition to Jan Vogler and Mirjana Rajić, the quintet’s performance saw the participation of pianist Jovanka Višekruna Janković, artistic director of ArtLink, cellist Nemanja Stanković and Igor Lazić on the horn.
Jan Fogler and Mirjana Rajić held two separate masterclasses for selected young musicians on Sunday, January 26, 2014.