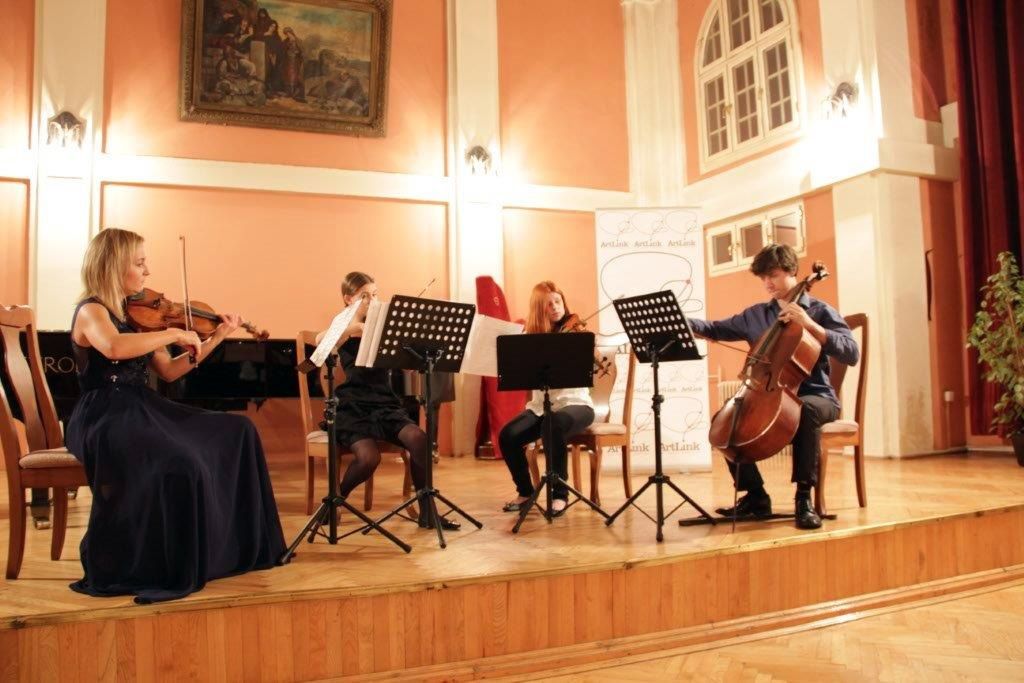 In cooperation with the International Visegrad Fund 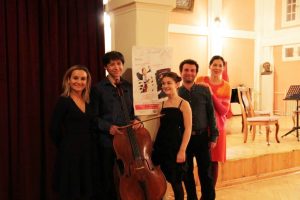 Prizewinner of the 13th International Henryk Wieniawski Violin Competition in Poznań (2006). She holds the position of concertmaster at the Warsaw Philharmonic Orchestra.
Born in 1987 in Warsaw. Despite her young age, the violinist has already been successful as an artist having performed many pieces of the most difficult violin repertoire in all European countries, as well as in the USA, Canada, China and Israel. As a soloist and a chamber player she appeared on the stages of such significant concert venues as Carnegie Hall in New York, Disney Hall in Los Angeles, the Great Hall of Tchaikovsky Conservatory in Moscow and the Conservatories in Salzburg, Bern, Lausanne, Geneva, Basel, Locarno, Vienna and Madrid.
She studied violin with Mirosław Ławrynowicz, Marek Zebura and graduated from the class of Konstanty Andrzej Kulka at the Fryderyk Chopin University of Music in Warsaw.
She has performed with the majority of Polish philharmonic orchestras, including the Warsaw Philharmonic Orchestra, the Sinfonia Varsovia and the Polish Radio Orchestra. Maria Machowska has worked with many outstanding conductors, such as Jerzy Maksymiuk, Jan Krenz, Jean-Jacques Kantorow, Enrique Bariz, Tadeusz Strugała, Wojciech Rajski, Tadeusz Wojciechowski, Saulius Sondeckis, Massimiliano Caldi, Nikolai Diadiura, Łukasz Borowicz, Jerzy Swoboda, Tomasz Bugaj, Michał Dworzyński, Miguel Gomez Martinez, Daniel Raiskin, Joel Sachs, George Tchitchinadze, as well as notable artists – Ida Haendel, Augustin Dumay, Martha Argerich, Krzysztof Penderecki, Konstanty Andrzej Kulka, Eduard Schmieder, Wolfgang Marschner, Jacek Kaspszyk, Marc Minkowski. In 2003 she performed Pablo Sarasate’s Navarra in a duo with Vadim Brodsi during the concert on the International Day of Music at the Warsaw Philharmonic, which was broadcast live on Polish Television.
As a soloist and a chamber player, she made an appearance at numerous festivals – La Folle Journée, Ludwig van Beethoven Easter Festival, I Palpiti Festival of International Laureates, Polish Violin Masters String Festival, the Bronisław Huberman Violin Festival.
She participated in the European concert tour of the Polish Chamber Orchestra during which the ensemble performed with Maxim Vengerov in the most renown European concert halls, including Berliner Philharmonie, Auditorio Nacional de Música in Madrid, Barbican Center in London.
The artist has made recordings for TV stations in Poland, Japan, Germany, France and Switzerland. She has recorded for DUX and Arte Prealable labels. Her recordings have been released on Barbara Kaszuba’s album and the International Wieniawski Violin Competition CD chronicles.
Maria Machowska won 5th Prize at the 13th International Henryk Wieniawski Violin Competition in Poznań (2006), Special Prize of the Jury led by Gidon Kremer at the International Leopold Mozart Competition in Augsburg (2006), 1st Prize at the International Niccolo Paganini Competition in Wrocław (2004) and 3rd Prize at the International Karol Lipiński and Henryk Wieniawski Competition in Lublin (2003).
In 2007 and 2012 the violinist received the “Young Poland” scholarship.
She has been the concertmaster of the Sinfonia Varsovia Orchestra since 2008.
In the 2014/2015 artistic season, she is a concertmaster of Warsaw Philharmonic.
Since 2012 she has also been involved as a lecturer in the Sinfonia Varsovia Academy – an educational project designed to raise qualifications of the orchestral musicians.
She has been an assistant professor at the Frederic Chopin Music University in Warsaw since 2013.

After finishing his studies in the Artistic lyceum “Jordan Misja” in Tirana, he wins the possibility to continue his studies for violoncello in “Conservatoire de Musique de Neuchatel” where he graduates in the class of prof. Luc Aeschlimann.
Meanwhile, he participates in many masterclasses under the accurate lessons of Prof. Francois Guie, Claude Starck and Alain Meunier. His participation in different ensembles of chamber formations like duos, quartets and quintets allows him to perform in Switzerland, Italy and France.
He also participates in many canton orchestras in Switzerland, especially in Neuchatel.
He currently lives in Albania where he is active in the Albanian artistic life.
He participates in “Mozaik 2007” where he has the role of the leading violoncello of the orchestra under the direction of prof. Ernst Kovacic. He is part of the “Tirana Chamber Orchestra” and part of one of the newest quartets in Albania. He is also the first violoncello of the “Tirana Camerata”.
Starting from May 2008 he is performing as a part of the Theatre Orchestra of the Opera and the Ballet (Tirana). 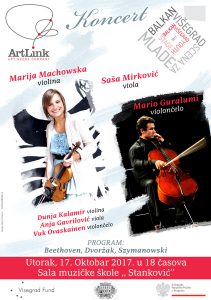 In cooperation with the International Visegrad Fund.