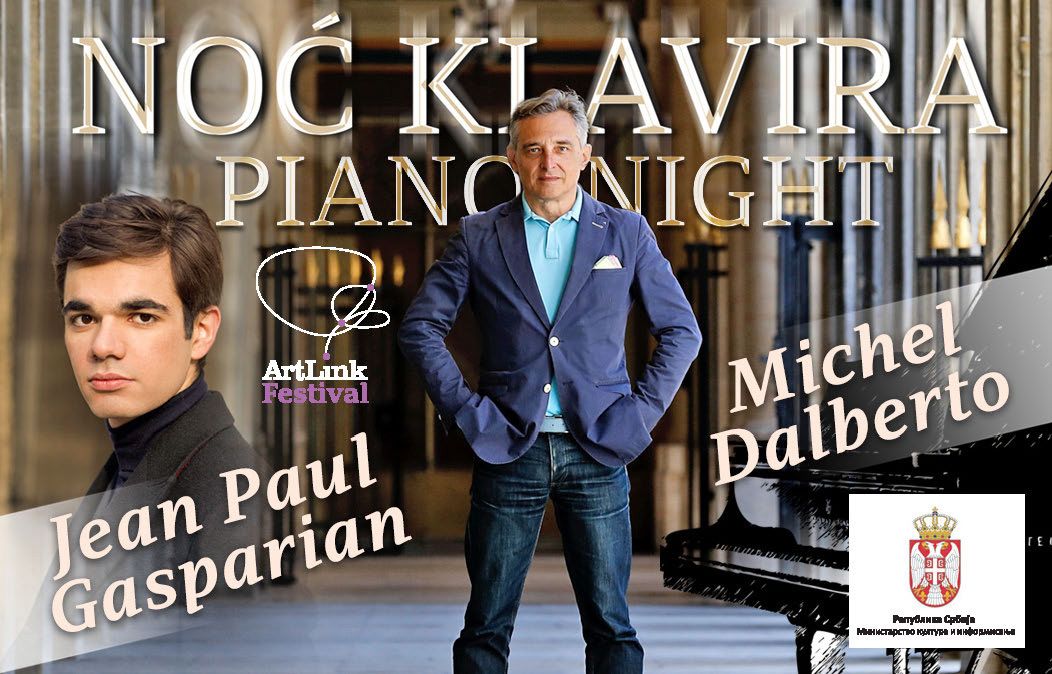 Commemorating the Great Centenary since the end of WWI

Live Recording from the 2018 ArtLink Festival

The 2018 edition of the ArtLink Young Talents’ Festival “Piano Night” event marked the Great Centenary since the end of WWI, 180 years of Serbian-French Diplomatic relations, and celebrated the Franco-Serbian Alliance.
The concert featured two prominent pianists – France’s World-renowned Michel Dalberto and the young, up and coming to Franco-Serbian pianist Jean-Paul Gasparian.
ArtLink is proud to announce the publication of the live recording of this outstanding concert in its 2019 CD release with the support of the Ministry of Culture and Information of the Republic of Serbia and the Embassy of the French Republic in Belgrade.
Michel Dalberto dedicated his program to the works created by great composers during the First World War, and the concert also served as a homage to Claude Debussy on the occasion of the centenary since the great composer’s death.