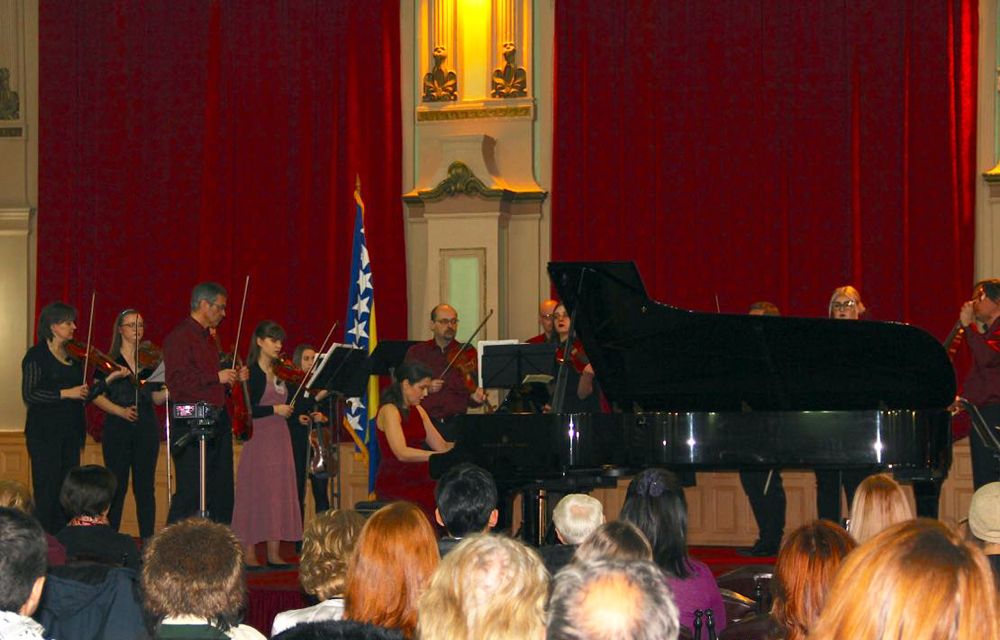 The Concert of Camerata Janáček and Camerata Balcanica, as a part of the Visegrad – Balkan Young Talents project – supported by the International Visegrad Fund, was held on March 6 in the hall of the Armed Forces House at 18:00 as part of the Sarajevo Winter Festival program.

Camerata Janáček performed at the concert with young musicians from the Balkans. Soloists at the concert were pianist Jovanka Višekruna Janković in Haydn concert in D major, and young violinists Dunja Kalamir and Veronika Bogić in Bach concerto for two violins in D Minor.

Suite Idyll by L. Janáček and Mozart Divertimento were performed at the concert as well.

The concert was supported by the Embassy of the Czech Republic in Bosnia and Herzegovina and H.E. Ivana Hlavsová was present at the concert with her guests.

The idea of ​​the project is to provide young artists with workshops and performances with renowned artists from both regions.

Camerata Balkanika is an ensemble made up of the most talented young artists from the Balkan Region.

Janáček Camerata is a chamber ensemble composed of musicians from the Ostrava Philharmonic Orchestra. Over two decades, these top musicians have performed together in concerts in Europe as well as Asia. 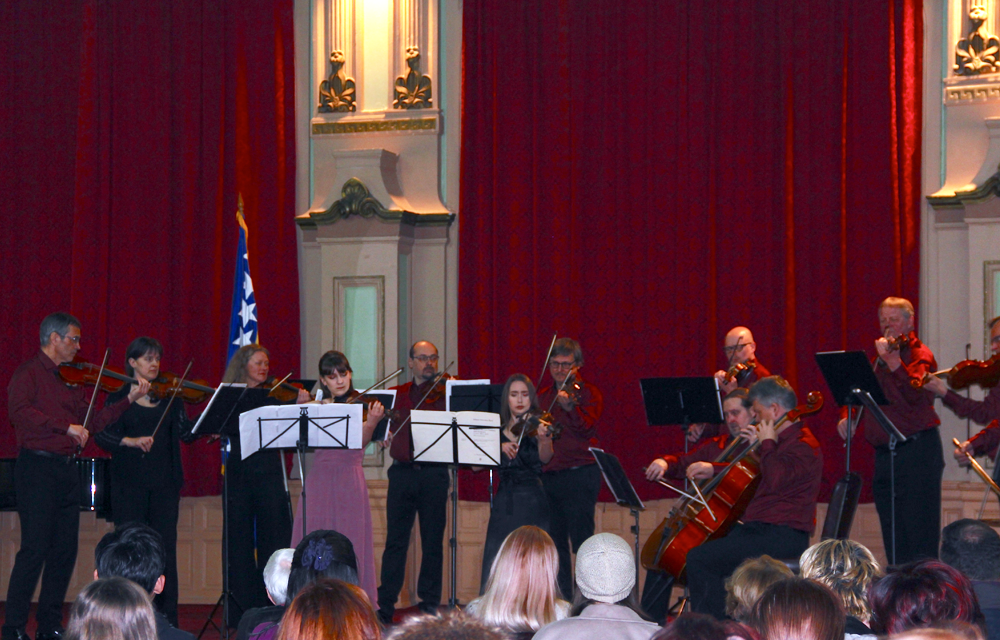