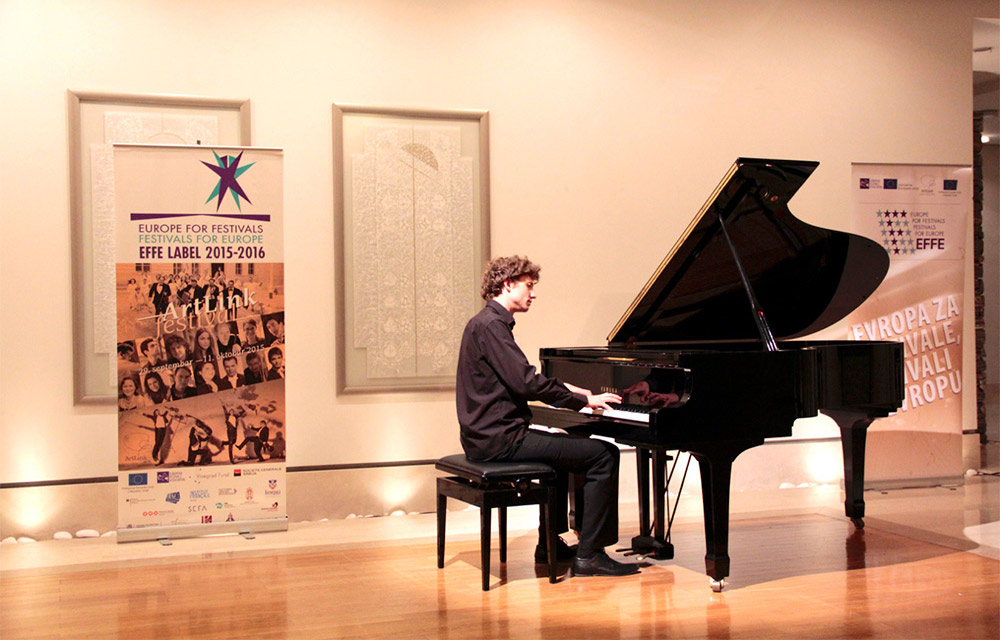 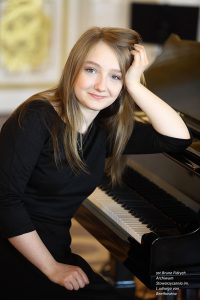 Pianist Aleksandra Świgut was born in Nowy Sącz. From 2011 to 2013 she studied with Prof. Piotr Paleczny at the Fryderyk Chopin University of Music in Warsaw. She graduated from the Karol Szymanowski Academy of Music in Katowice under Prof. Wojciech Świtała and Prof. Maria Szwajger-Kułakowska. During the same time, she also studied historical piano performance in the class of Katarzyna Drogosz at the Academy of Music in Katowice, and in 2014 she graduated in harpsichord in the class of Małgorzata Sarbak at the Fryderyk Chopin State Music School in Warsaw. She also studied at the Guildhall School of Music and Drama in London under David Dolan. Since 2016 she has been a doctoral student at the Academy of Music in Gdańsk.She took part in masterclasses led by some eminent musicians, including Robert Levin, Marek Moś, Maciej Grzybowski, Malcolm Bilson and Christine Schornsheim.

Świgut’s interests encompass both historical performance and 20th-century and contemporary music. In addition to Baroque, Classicist and Romantic works, her repertoire includes compositions by O. Messiaen, B. Bartók, G. Crumb, G. Ligeti, A. Schönberg, H. M. Górecki, and K. Stockhausen. She is also active as a chamber musician, working with cellist Marcin Zdunik, with whom she recorded a Robert Schumann album released by the Fryderyk Chopin Institute (2014). She also performs in a duo with her sister, violinist Agnieszka Świgut. Aleksandra Świgut has given concerts with the Łódź Philharmonic, Podlasie Opera and Philharmonic Orchestra, Symphony Orchestra of the Fryderyk Chopin University of Music in Warsaw, Netherlands Symphony, Liepāja Symphony, AUKSO Chamber Orchestra, and the Beethoven Academy Orchestra.

Aleksandra Świgut is represented by the Ludwig van Beethoven Association. 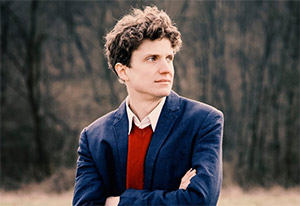 Winner of the 2017 Concours Musical International de Montréal for piano and recipient of a Borletti-Buitoni Trust Fellowship, Zoltán Fejérvári has appeared in recitals throughout Europe and the United States in such prestigious venues as Carnegie’s Weill Hall in New York, the Kimmel Center in Philadelphia, the Library of Congress in Washington DC, Gasteig in Munich, Lingotto in Turin, the Palau de Música in Valencia, the Biblioteca Nacional de Buenos Aires and the Liszt Academy in Budapest. He has performed as a soloist with the Budapest Festival Orchestra, the Hungarian National Orchestra, the Verbier Festival and Concerto Budapest Orchestras among others, under such conductors as Iván Fischer, Zoltán Kocsis, Ken-Ichiro Kobayashi, and Gábor Takács-Nagy.

Zoltán Fejérvári is a passionate chamber musician. He has collaborated with both the Keller and Kodály Quartets and has worked with such musicians as Gary Hoffman, Joseph Lin, Cristoph Richter, András Keller, Radovan Vlatkovic, Ivan Monighetti, Frans Helmerson, Steven Isserlis. He has been a participant in Kronberg’s “Chamber Music Connects the World” program, Prussia Cove’s “Open Chamber Music”, Lisztomania in Chateauroux, the Tiszadob Piano Festival and Encuentro de Música in Santander. At the invitation of Mitsuko Uchida, he participated in the Marlboro Music Festival during the summers of 2014 through 2016.

Zoltán Fejérvári’s recording of Liszt’s Malédiction with the Budapest Chamber Symphony was awarded the “Grand Prix du Disque” in 2013 [HCD 32801]. His CD of four Mozart violin sonatas, with violinist Ernő Kállai, was released in 2014 by Hungaroton [HCD 32740].

Distinguished pianist András Schiff chose Zoltán Fejérvári for his “Building Bridges” series created to highlight young pianists of unusual promise. Under this aegis, Mr Fejérvári will give recitals in season 2017-18 in Berlin, Bochum, Brussels, Zürich and Ittingen among other cities.

Since 2014 Zoltán Fejérvári has been teaching at the Chamber Music Department of the Liszt Academy of Music.