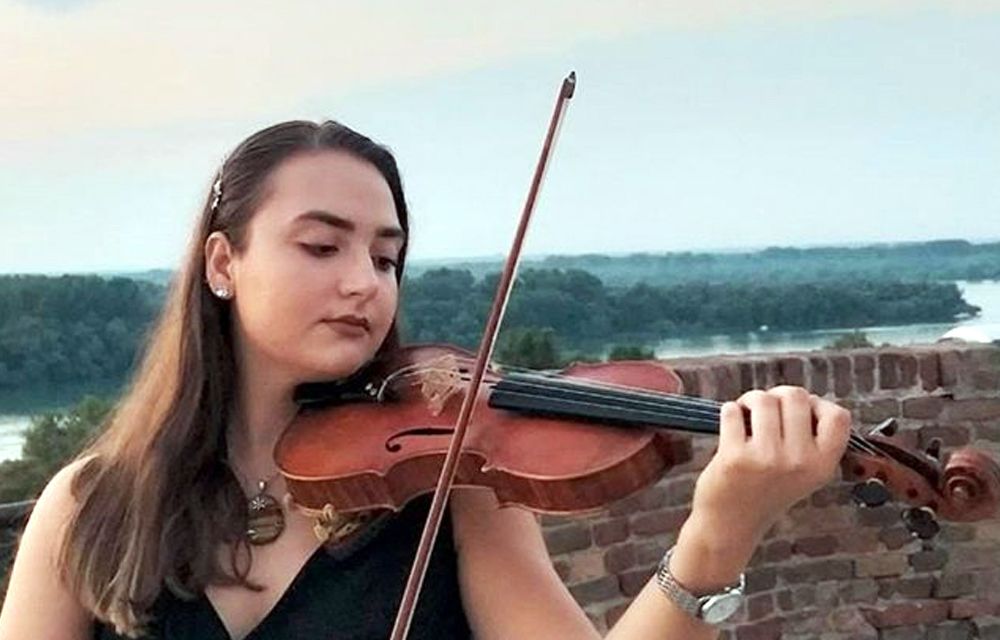 Albanian violinist Laura LLozi comes from a family of artists. At the age of 6, she started school at the Artistic Lyceum in Tirana which she finished in 2018 with maximum results. At the age of 7, she performs her first concert in the Hall of the National Theatre of Opera and Ballet. Since then she has performed in a large number of concerts and recitals with piano and chamber orchestra accompaniment in major halls of Albania as well as at the Albanian Public Radio and Television.

She also has been invited to international festivals like the Biennale “Nights of Classical Music” in 2015 and the “ArtLink” festival in 2017 and 2018 in Belgrade. Laura is also the first violin of sextet “ArtLink Balkan Young Virtuosi” with which she has performed several concerts in Belgrade and Berlin.

She is the youngest member of Albanian Youth Orchestra (ORSH) since 2012, Tirana Philharmonic Orchestra (Albania) since 2014 as well as a member of the Europe-an Spirit of Youth Orchestra 2016 (ESYO, Italy) and Orchestre des Jeunes de la Méditerranée 2017 (OJM, France) with which she has performed in several countries under conductors such as Aldo Ceccato, Pablo Heras-Casado, G. Corti, J.M. Ferran, I. Coretti, among others. Laura is a laureate of several prizes in various competitions like “Këngët e Tokës”, “Pjetër Gaci”, “Tirana Talent”, “ARS Kosova”, “Eurovision Young Musicians” etc.

As of recently (2018) she studies at the University of Music and Performing Arts Vienna (MDW) and wins the instrument category and also the grand prize in the competition “The Virtuosi”. She plays for the first time in Portugal.