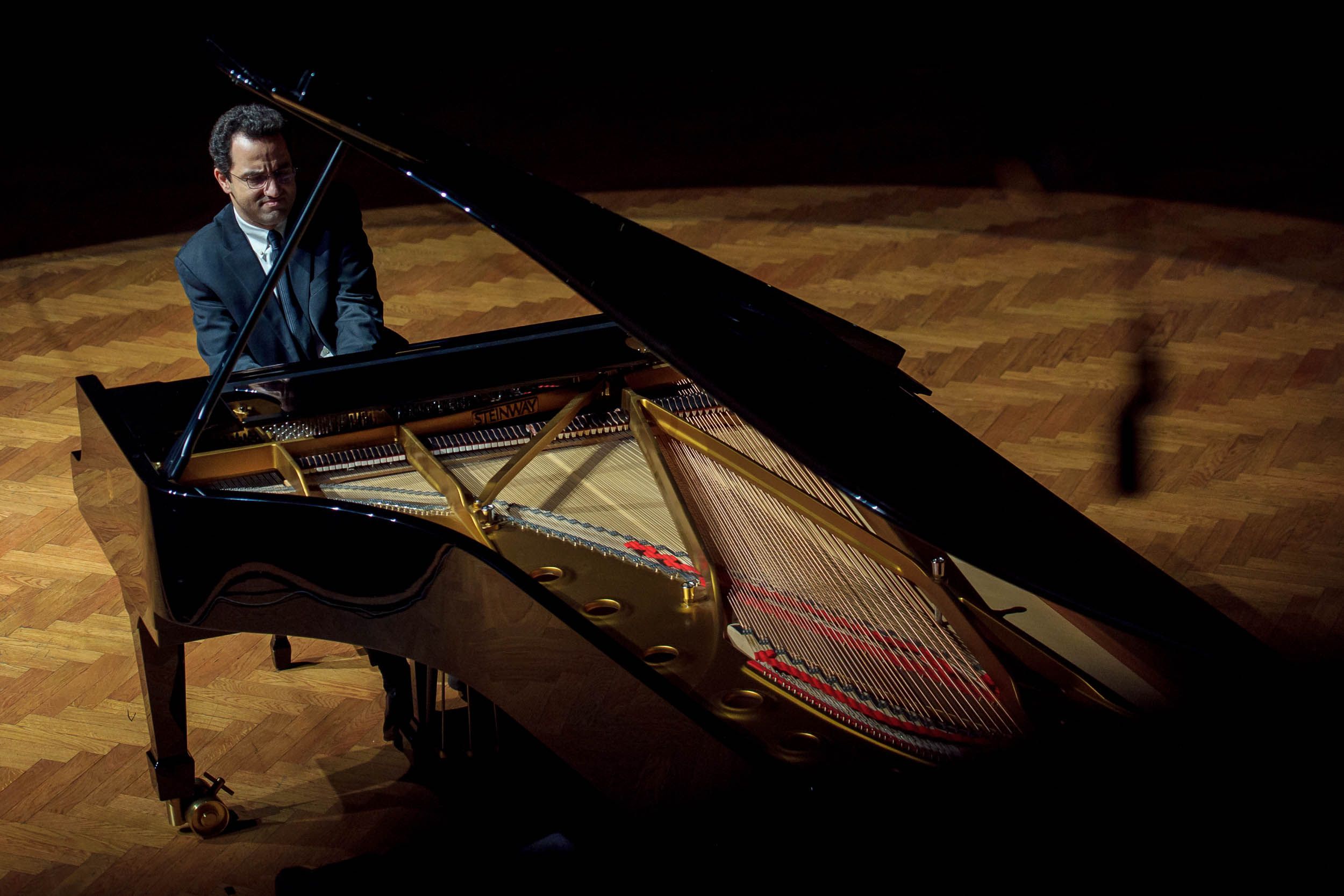 Hailed as a “Deeply impressive pianist of tremendous flair and intellectual strength” and a “Spectacular pianist” by Herald Scotland’s Music Critic Michael Tumelty.

“However, his greatest distinction is his playing itself…. reflected keen intellect, sensitivity and commitment.” by Rorianne Schrade for New York Concert Review.

Pianist Mohamed Shams enjoys a varied musical life as performer with a strong emphasis on chamber music and neglected and rare composers of the late nineteenth and an advocate of twentieth century music. He has performed a diverse repertoire as chamber music and soloist throughout United States, as well as in England, Scotland, Italy, Austria, Czech Republic, Germany, Hungry, Tunisia, China, Hong Kong, Japan and Egypt.

Shams have been featured in WQXR young artist showcase three times including one time exclusively devoted to his live recordings. He was a finalist at Washington International Piano Competition and semi-finalist at the Scottish International Piano Competition. Shams was also invited to many international music festivals such as Beethoven Festival in Bonn, String Academy in Pilsen, Brevard Music Festival in NC and Pianofest in the Hamptons and Royal Conservatoire of Scotland Piano festival.

As recipient of Fulbright Scholarship grant in 2006 in research of 20th century American composers, Shams has gone in performing masterpieces of such eminent composers like Elliot Carter, John Corigliano, Leonard Bernstein and John Musto. He is also a recipient of the Silver Medal of the Worshipful Company of Musicians in London in 2012.

Shams’s musical studies earned him Doctoral degree from Hartt School, University of Hartford. M.M, with Harold Bauer award from The Manhattan School of Music and B.M with distinction from Cairo Conservatoire. He also earned another M.M from The Royal Scottish Conservatoire with he was the Governor’s prize for outstanding achievements.  His primary teachers were Edgar Davilianidzi, Douglas Weeks, Elena Dizamshvilli, Marc Silverman, Aaron Shorr, Steven Osborne and David Westfall. Currently, he is on the faculty of Purchase College of Music-SUNY and the University of Saint Joseph in Hartford, Connecticut.

Mr.Shams has been a frequent collaborator at WA concert series and its own artistic director, the world-renowned Clarinetist, Charles Neidich. The concerts have been reviewed regularly by the New York Concert review.

He is also a co-founder and collaborator in the Lake Suwa music festival in Nagano prefecture in Japan where he presents chamber music concerts in summer annually since 2016.