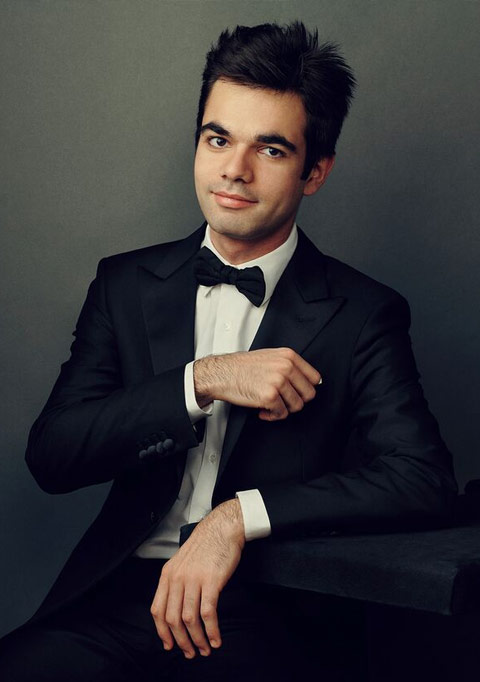 In 2019 Jean-Paul Gasparian released an All-Chopin solo CD for the Évidence Classics label, which has been enthusiastically welcomed in France and abroad. In 2018 he had released his first solo CD, dedicated to Russian Music and unanimously praised by critics. In February 2020 he received the Thierry Scherz Prize for the best recital performance at the Gstaad Festival (Switzerland) which will offer him the recording of a CD with orchestra with the Claves label.

He has obtained the 1st Philosophy Prize at the Concours Général des Lycéens de France (French national contest) in 2013.

His Schumann Second Sonata Live in Nohant 2015 has been released together with Aldo Cicccolini’s last recital, as the first album of the Nohant Festival Archives. And Classica Magazine has ranked Jean-Paul among the 10 most promising young pianists of his generation.

Born in Paris in 1995, Jean-Paul Gasparian studied at Paris National Conservatoire with Olivier Gardon, Jacques Rouvier, Michel Beroff, Laurent Cabasso, Claire Désert and Michel Dalberto. Jean-Paul has been member of international piano masterclasses with Elisso Virsaladze and Tatiana Zelikman, selected for the Verbier Academy 2014, and Prize Winner of the Salzburg Academy 2010. In 2018, he gratuated from the Royal College of Music in London (Artist Diploma), with Prof. Vanessa Latarche.

Jean-Paul is supported by the Safran Foundation for Music. Jean-Paul Gasparian is a Steinway Artist.